Which Bible Version Should I Use?

One of the most frequently asked questions among Christians these days is, “Which version of the Bible should I use?”. The wide variety of English Bible translations have indeed been a great blessing in many ways; but at times they have also been a source of confusion. The person hearing a sermon or attending a Bible class may be at a loss because the version they are using reads slightly differently from the one being used by the leader. So how did the English speaking church go from the time in the early Twentieth Century when the King James Version (also known as the Authorized Version) was nearly universal among Protestants, to our situation today with easily a dozen widely used translations?

Before we go into a brief history of the English Bible, we should remember that neither the Old or New Testaments were originally written in English. In fact, the English language (as we would recognize it) was non-existent during the period of time in which these documents were being composed. The books of the Old Testament were written over approximately 1000 years, beginning around 1400 BC, with the majority written in ancient Hebrew, while a few of the later ones were penned in the related language of Aramaic. The New Testament was composed in a type of ancient Greek known as Koine (common or trade Greek) during the second half of the First Century AD.

When these biblical languages could not be understood by a significant number of God’s people, there were attempts to translate the scriptures into the languages spoken by them. For instance, in the book of Ezra, Ezra the priest had the Hebrew scriptures translated into Aramaic for the Jews who had been exiled to Babylon and could no longer speak the native language of their ancestors. Several centuries later, in around 200 BC, other Jewish scholars did the same thing for Jews living in Greek-speaking lands. The New Testament was translated in the first several centuries AD into Latin, Ethiopic, Syriac and other languages of early Christians.

The English-speaking people did not officially convert to Christianity until the 600s AD. Along with the rest of the Western Europe, they used the Latin Vulgate translation of the Bible in worship. Consequently few people had access to the Bible in its original languages. Due to the Roman Catholic policy of using a uniform version of the Bible among its people and closely guarding those scriptures from misuse by untrained people, centuries went by without any serious attempt to translate the scriptures into English. The first successful effort to do so was by the priest, John Wycliffe in the 1370s. He used the Latin Vulgate as the basis for his work, rather than Greek or Hebrew manuscripts. Though Wycliffe’s translation was second-hand at best, its major contribution was to create in the common people a hunger for the Bible in their native English.

The first attempt to use the original languages for translation was by William Tyndale in the 1520s. His excellent work was supplemented in the years that followed by other versions, such as the Coverdale Bible, the Geneva Bible and the Bishops’ Bible, which were the first English Bibles to be used for public worship. With the growing influence of Puritanism in the late 1500s and the inheritance of the English throne by King James I, there was a renewed desire for a standard English Bible to be used in all the Protestant churches. King James commissioned this project in 1607at the Hampton Court Conference, with a panel of 50 scholars who worked on the translation for four years. This Authorized Version was published for use in 1611 and became the standard for English use for the next 350 years. It is a remarkable combination of quality translation (given the manuscripts available at the time) and an elegant English style.

Toward the end of the 1800s a number of Bible scholars and clergy began to sense that the Authorized Version was no longer adequate for several reasons. More recent discoveries of ancient manuscripts had added to the knowledge of the original language texts. Along with this, English had changed dramatically since 1611, so that the English itself needed updating as well. These concerns led to the Revised Standard Version of the 1880s, which was updated again in 1952. The Twentieth Century saw an explosion of Bible translations. The New American Standard Bible in 1971 was an attempt to translate the Bible into a distinctively American English. While the English style has been accused of being awkward, it is actually one of the most precise translations in the English language.

New theories of translation in the late Twentieth Century added to the mix of versions available. Rather than a closely literal approach, many opted for what can be described as either a paraphrase or a thought-for-thought translation. Among these are the Living Bible (1962), which is a paraphrase, originally designed for children, the Good News Bible (1966) which is another paraphrase designed for people in the counter-culture, and the New International Version (1978) a thought-for thought translation aimed at the entire English-speaking world. The NIV has become one of the most widely-used versions because of its simple, generic English and its accuracy of translation. All of these translation efforts have used the reconstructed original language manuscripts of the Old and New Testaments.

There have also been some recent revisions of older translations. The New King James modernizes the English of the Authorized Version, while at the same time, adjusting the translation from updated manuscript data. The New Revised Standard Version is a gender –neutral update of the older Revised Standard Version. Other popular versions of the Bible include the Phillips expanded paraphrase, the Message, which is a more recent paraphrase, and the Roman Catholic New Jerusalem and New American Bibles.

So, which Bible is best for you? Many people like to use a paraphrase or a thought-for thought version for reading, while relying on a more literal version for study. Try sampling a few to find out which suits your needs. Stay away from off-beat, inaccurate and agenda-driven translations, such as the New World Translation of the Watchtower Society. Otherwise, find a Bible you will use regularly and use it!

Where Does Morality Come From? 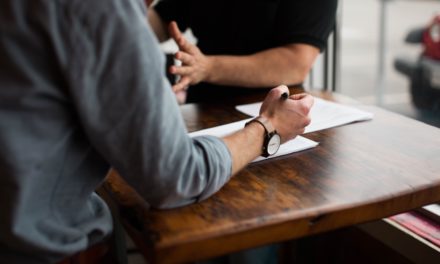