From time to time talk shows, articles in popular magazines, blogs and columns in newspapers feature the subject of the resurrection of Jesus Christ. These types of things often cite experts who claim that the evidence of history denies that Jesus’ resurrection took place. Using various arguments the culture and history of the times, they argue that Jesus of Nazareth (if he even existed) stayed dead after the crucifixion and that his remains lie in some obscure tomb somewhere in the vicinity of Jerusalem.

While some may dismiss this assertion as merely one point of view in a scholarly debate, actually issues of enormous weight are highlighted by the interaction over the reality of the resurrection of Jesus. For one thing, on the answer to this question hangs the entire Christian faith. If it is true as these scholars claim that Jesus Christ never rose from the dead, then the central tenets of Christianity are proven to be nothing more than wishful thinking. The teachings of Jesus, cherished for a couple of thousand years, are outdated and idealistic, and the hopes of millions of believers are misplaced for personal resurrection when Jesus returns.

Other religions can survive the deaths of their founders. Buddhism admits that the Buddha is dead and gone without being threatened in the least because it is built around the man’s teachings, not the man himself. Muslims are not disturbed that Muhammad died in 632 AD because it is the legacy of the prophet which is important, not the man.

When it comes to Christianity, however, everything stands or falls upon the claim that Jesus of Nazareth is the Son of God. His physical resurrection from the dead has always been the prime verification of that central doctrine. Therefore, no resurrection means no Christianity. It’s that simple. Yet if the resurrection is a fact of history, then the reverse is also true: all Jesus’ claims are shown to be true as well, leaving the world to deal with him, not merely as a teacher, but as God become man.

The Church’s proclamation that Jesus is Lord, and that people must humbly submit it his lordship in their lives, is a very logical conclusion if his resurrection is factual. Perhaps that explains why for twenty centuries some have earnestly attempted to explain away the very strong evidence for the resurrection. Consider the powerful facts which the early church presented to substantiate their announcement that Jesus is alive:

First is the evidence of the women. According to the gospel accounts, a group of women who had been followers of Jesus had observed his hasty burial on Friday afternoon. Early on Sunday morning, after the Sabbath was over, they went to the tomb to finish preparing the body for final burial. As they walked to the tomb, they seemed to have no inkling that their beloved rabbi would rise form the dead. Upon arrival they found the stone, which had sealed the tomb and which weighed several tons, cast aside from the entrance. The guard placed there under Roman orders was in shock and the tomb itself was empty. Mary and the others were completely bewildered by what they encountered and could only conclude that perhaps someone had removed Jesus’ body without telling them. They then encountered angels who told them Jesus was risen. They were told to inform the disciples of this fact. On their way to do so, these women were the first to actually see and touch the risen Christ.

The evidence of the disciples confirms that of the women. They did not have a clue to the resurrection either. So when this news was relayed to them, they dismissed it in the very same way many critics of the resurrection dismiss it today: as hysteria. Peter and John decided to see the situation at the tomb and so they ran the short distance to investigate. Like the women, they saw the stone removed, the Roman guard dispersed and tomb empty. Peter actually went inside and found the linen bands which the body had been wrapped in still in place and glued with the spices—but empty of the body. This still did not convince these men that Jesus was alive. It was not until later that Jesus appeared to them and demonstrated the reality of his physical life by eating food and allowing them to touch him.

How about the evidence of the soldiers who had guarded the tomb against the eventuality that Jesus’ followers might fake a resurrection by stealing the body? They left the tomb unguarded after less than 36 hours and reported to the Sanhedrin (the Jewish leadership council) that there had been an earthquake and that the tomb was open and empty. According to the gospel accounts, these men were bribed by the Sanhedrin to spread the story that the disciples had succeeded in stealing the body.

Though it has been popular among critics of the gospel accounts, this story falls apart under examination. It simply boggles the mind that the disciples, who were clearly terrified for their own lives, could overcome a detachment of experienced soldiers, enter a sealed tomb, remove the body—carefully re-wrapping the burial cloths and leaving them in place. They were then able to successfully conceal the body elsewhere without anyone getting injured or killed in the process—- and all this so that they could fake a resurrection they didn’t believe in! Yet the story of the theft of Jesus’ body was evidently the best explanation that could be invented on the spur of the moment. The enemies of Jesus could not deny that the tomb in question was where Jesus had been buried or that it was now empty.

Consider this as well: the early church preached the resurrection of Jesus in the weeks and years following these events in the very place where they occurred. There were many people still alive who testified to having actually seen and touched the risen Jesus. The empty tomb was a matter of public knowledge. It could be verified by anyone who wished to do so. If the body had been removed and hidden, surely someone would have observed it. The soldiers or other eyewitnesses could have tipped off the opponents of the gospel to the hiding place and the body could have been produced as evidence against the rumor of the resurrection. No body was ever found, which is hard to imagine given the very public and sensational nature of these events. Unless of course —the resurrection really happened. Tens of thousands living around Jerusalem in the years following these events rendered their verdict by believing in Jesus and paying the high price of that belief.

Finally, for those who still harbor doubts, consider the evidence of subsequent history. What is the explanation for the millions of people whose lives have been changed by the power of a risen Christ? Wishful thinking? Pure indoctrination? How about the cheerful martyrdom of the very men and women who supposedly faked a resurrection they knew never happened or the almost inconceivable survival and spread of the early church under extreme persecution?

It would seem, then, that the evidence for the resurrection of Jesus is extremely compelling. In view of such strong evidence, the sarcasm and ridicule of certain skeptics today is a small price for us to pay to side with the truth.

Some biblical reasons why people suffer 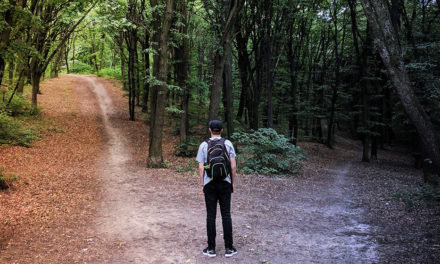 Are Our Choices Real?