The State of the Gospel: The Big Picture of Christianity Around the World 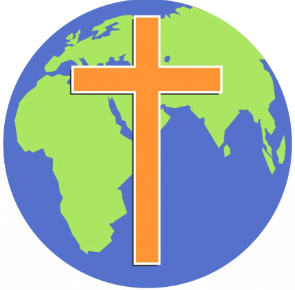 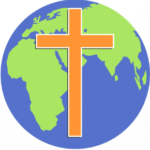 How is Christian Faith doing around the world?  Hi, everyone.  This is Michael Bogart reporting on the State of the Gospel.  During September and October, 2018, This blog accompanies my video series on YouTube called: The State of the Gospel https://youtu.be/vweRTPgJnTE.  In this Aspect Ministries video series, I report on how the gospel and the Christian Faith are progressing in different parts of the world.

Scope of the State of the Gospel Series

The first video in the series is subtitled: The Big Picture of Christianity Around the World.  In it, I paint the big picture of how the good news about Jesus and the spread of Christian faith are doing on a global basis.

The series will focus on a number of areas and groups of people in the world.  For example, the second video will look at how Christianity began and how the gospel spread around the world over the past 2,000 years. In other videos, I will focus in more depth on Asia, Africa, North America, Latin America, Western Europe, and Eastern Europe. I will also show the state of the gospel in areas of the world with a Muslim majority, and explore how it is doing with the Millennial Generation. I hope you will look at this series that give a broad picture of where Christian  faith stands in the world..  Each of the episodes is only around 6 minutes in  length.

What is Christianity and the Gospel?

This blog article is a summary of the first episode.  As I begin, let’s be clear about what I mean by the gospel and Christianity.

OK so much for definitions. Let’s look at the big picture of how the gospel is doing world-wide at the end of the second decade of the 21st century. Here’s a very quick (and I admit) an over-simplified report: 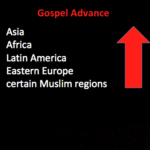 In general, Christianity is increasing its influence in the following regions. The gospel is spreading rapidly in many parts of Asia, such as the Philippines, South Korea, and China. It is growing more slowly in Japan, India and Southeast Asia. Christianity is also growing at a rapid rate throughout sub-Saharan Africa—that’s the part of Africa below the Muslim countries on the north edge of the continent. Latin America is experiencing rapid growth in places like Guatemala and throughout Central America, as well as in Brazil. Other Latin American and Caribbean countries are seeing slower, but still significant growth. Mexico is a good example.

Eastern Europe has seen steady expansion of Christianity all through the later decades of the 20th century and into the 21st century. Something most people don’t know is that the good news is beginning to have significant impact in certain parts of the Muslim world. I can’t go into detail about this for a number of reasons, but I will discuss this trend a bit more in a future video. 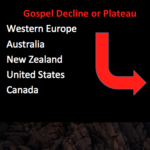 Now for the downside. Overall, the gospel is either in decline or has plateaued in Western Europe, as well as in Australia and New Zealand. These regions have seen a steady decline in Christian influence since World War II. Beginning in the 1960s, the United States and Canada both experienced a leveling off in Christian influence, and then Christian faith began a slow decline in the 1980s until today.   For example, in the United States between 2007 and 2014, those who self-identified as Christians decreased by 7% points of the overall population.

Below is a map showing the global distribution of Christians in the year 2000. This map shows darkest blue where there are more people who self-identify as Christians, and decreases to lighter blues down to grey to show less and less influence. . I love this map because it gives a visual idea of where the gospel is least known. The area of least gospel influence is often called the 10/40 window. It runs across the top of Africa through the Middle East and Central Asia. The map really makes it clear.

Where do we go from here? 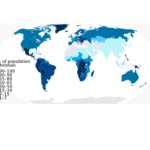 What should we make of all this? Well, here is what is obvious to me: I think that in the 21st century, Christians have two main challenges.

Given the state of the gospel, I think there are two primary groups we have got to make a greater effort to reach with the good news:

That’s it for now. More details later in The State of the Gospel series, when we will explore how Christianity is doing in various parts of the world during these incredible times we live in.  Michael Bogart, EdD

Are You a Practical Atheist?