HATE or HOPE?  There is a lot of dis-information about the Bible these days.  People have all sorts of opinions and theories about the Bible: some love it, some despise it, others ignore it.  A certain group of scholars depict it as full of historical and scientific errors.   Many writers, speakers and media personalities portray it as irrelevant to modern culture.  These views have been expressed for many years.

A relatively new view of the Bible cropped up in my life when I filmed the 45-Minute Bible video some years ago.  Melinda’s and my nephew (Ben), who is a professional videographer, did the filming and editing.  During the time that he was finishing the editing process, he happened to run into an old high school buddy.  Somehow they got talking and the subject of the Bible came up.  The friend remarked that the Bible is a book of HATE, which shocked Ben for a minute.  That four-letter word – HATE!  Ben argued that it was not, and the discussion got fairly intense.  The conversation went on for a few moments.  Then, after the initial exchanges of opinions, Ben finally asked something like this: “Have you ever actually read the Bible yourself?”  The friend replied, “No.”  Ben: “OK. Why not?” Friend: “Its way too long and hard to understand.”  Ben: “How do you know its full of hate?”  Friend: “Its true.  Its all over social media that the Bible is hateful.”  Ben: “Would you watch a 45-minute video that summarizes the Bible (referring to my video that was in the final stages of editing)?”  Friend:  Maybe.”  The upshot is that Ben gave the friend a rough edit version of the 45-Minute Bible and hoped for the best.  Sometime later, much to Ben’s surprise, the friend contacted him and said something like, “OK.  After watching your video, I guess the Bible really isn’t a book of hate.”

I don’t know what happened after that, but at least it prompted that young man to rethink his misinformed view of the Bible.  However, I will agree with the idea that the Bible is a four-letter word beginning with H.  Not hate, but HOPE.  My friend, Pastor John Lorenzana of Yosemite Lakes Community Church, preached a powerful sermon recently about the Bible’s gift of hope (accessible on the Yosemite Lakes Community Church Facebook page 12/3/22).  His sermon inspired me to write this blog.  Here are some of the Bible’s themes that promise hope:

This is the basis for our hope; without this hope we are left to our own dark devices and there is ultimately no hope at all.  The Bible is absolutely brimming with hope.  Hold onto it in these difficult times.  Have a hopeful Christmas and holiday season!  Here are the links to some of my Five-Minute Bible Guide videos that address the false claim that the Bible is a book of hate.  I trust that they will be both enlightening and encouraging to you.  Mike Bogart

The Drama of the Christmas Story, Episode 1 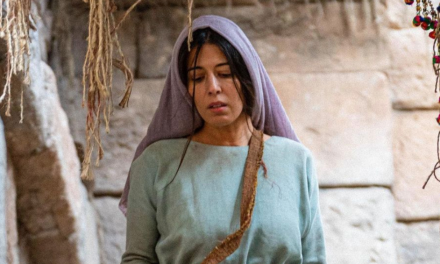 The Drama of the Christmas Story, Episode 2

The Drama of the Christmas Story, Episode 3