Jesus’ resurrection on Sunday of Passion Week changed everything!  Out of all the followers of Jesus, only a few of the women were able to keep their wits enough to focus on practical things. Several of the women got up very early on Sunday morning, met at an agreed location, and set out together for the tomb to finish embalming Jesus’ body . As the walked through the darkness, the women must have quietly discussed both the heartache they still felt, and the task ahead. Specifically they wondered how they were going to roll aside the great stone that sealed the entrance.

Upon arrival, the women were stunned to find a scene of confusion. The stone weighing several tons, was not only rolled aside, but seemingly tossed aside some distance away. The Roman guard was dispersed and the tomb was empty.  Not knowing what else to do, they began the return journey to inform their friends. Mary Magdalene lingered behind because she wanted to ask what had happened of a man she presumed to be the gardener.  It was only when the man spoke her name that she realized he was actually Jesus, fully alive.

There were other experiences that day. After being urged by the women to see for themselves, Peter and John ran to the tomb and confirmed that it was empty.   Other followers of Jesus had been on their way home to figure out how to restart their lives– only to meet a fellow traveller, who they suddenly recognized to be Jesus at the end of the day’s journey.  Later Jesus appeared to his disciples when they were together in the upper room.  On still another occasion, Jesus appeared among the disciples when Thomas, who had been absent before, was present.

After his resurrection, Jesus seems to have been physically with his disciples a number of times during a period of several weeks, both in Jerusalem and in Galilee. Imagine the emotional swings they must have experienced during those days.  In all of their discussions with Jesus, one thing was certain to these men and women: Jesus had come to life again after dying. His death was no tragic accident, but a supreme payment of human transgression. Most importantly, Jesus had shown himself to be the Son of God by taking on a new kind of life: a life he was offering to share with them.

There are many truths to be gained from the resurrection of Jesus.  One that should always be emphasized is the almost unbelievable fact that you now have hope.  The gracious God, who loved and pursued us through history, has never given up on your reconciliation. For reasons of his own, God wants you back and has done all that is needed to forgive you, cleanse you, and make you his own. The resurrection proves this almost unbelievable fact.  So, next time life seems hopeless– next time your heart is broken, or weighed down with worry, remember that there is hope in Jesus’ resurrection. Put your full trust in him. Hold onto the gift of life he offers you.  It will guide you through all that life brings your way, and will bring you eternal life with him!

Don’t Read This (unless you’re ready for change) 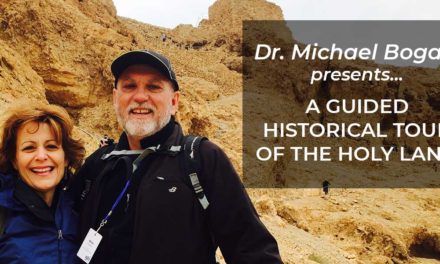