What to do when Millennials Reject Jesus Because of Christians 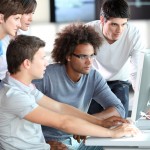 One of the reasons I founded Aspect Ministries in 2013 was to help people understand why so many Millennials are leaving organized Christianity. According to experts on this generation, Millennials are young people born in the 1990s and later. Helping people understand and reach Millennials wasn’t the only reason I started this ministry, but it was one of the key reasons why I did.  Of course, there are a number of factors why Millennials reject Christian faith. One factor that comes up frequently is some sort of bad experience with Evangelical Christians.

Before I go any further, I need to say that I myself am an Evangelical Christian. I chose a life of following Jesus in my second year of university in 1972 during the height of the Jesus Movement. Since then, I have earned a master’s degree from a theological seminary and am finishing up a doctorate. In the last 40 years, I have been a campus minister, a pastor and a trainer of Christian leaders. I have also taught college part time for the last 25 years. During my ministry, I have met and worked with many kind, intelligent and amazing people. On the other hand, certain negative experiences during my ministry have caused me to step back a pace or two in recent years in order to see Evangelical Christianity more objectively. So, I bring both of these perspectives—- the positive and the not-so-positive—to whatever insights I may have on this subject.

Who are these Evangelicals?

So, who are these Evangelicals and why do some people react so strongly against them and their faith? Despite what outsiders may assume, Evangelicals are not uniform in their backgrounds, beliefs or personal views. Many Evangelicals come from families that have practiced Christian faith for generations. Others came into Evangelical Christianity at some point later in life, embracing its beliefs, attitudes and culture. As with any group, Evangelical Christianity includes warm, gracious people and mean-spirited people; broad-minded people and narrow-minded people; generous folks and self-centered individuals.

While Evangelicals do share a common core of biblical beliefs, they differ widely in terms of important issues, such as how Christian faith applies to contemporary life. For instance, some are more isolationist, while others are much more socially engaged. They sometimes disagree on how far the presentation of the Christian message should accommodate current culture in order to be relevant and accessible. They may also disagree about how much things like status, power and wealth should be sought and used to further the gospel and enhance personal life.

Along with these differences, Evangelicals may disagree on various secondary points of Christian doctrine, spiritual practices and on specific political and social issues. For instance, White middle-class American Evangelicals are well-known as favoring the Republican Party on many issues. On the other hand, equally committed African American Evangelicals have tended to sympathize with the Democratic Party on many, though not all of its core positions. Because of these differences, it is difficult for anyone to speak about what Evangelicals believe or why the do what they do. Any attempt to do so will probably be a an oversimplification.

What to do when Millennials are Hurt by Christians

So what can people do about Millennials and others who reject Christian faith because of real or perceived offenses by Evangelical Christians? Here is what I suggest:

If you weren’t personally involved in the offense, then acknowledge their pain, admit that sometimes Christians don’t represent Jesus very well, and gently remind them that Jesus never hurt them.  Make it clear that Jesus is the real point of Christian faith, not Christians or their behavior.

Disillusioned and bitter Millennials who reject Christianity need to hear some truly good news. The good news is that Jesus deeply loves them and is committed to making them the best and most fulfilled people they can be. Let’s be clear: in no way does God condone or accept sinful attitudes and lifestyles—either in unbelievers or in believers.   But according to Romans 8:28 he is for anyone who is willing to love him and trust him. If Millennials will consider Jesus for who he is, and are willing to trust him, he has promised to be for them and to make them new from the inside out.  That really is good news!

What it means to be saved by faith

A Description of Early Heresies