How Reliable is the Bible?

The traditional claim of the Christian Church is that the Bible represents the Word of God handed down through the centuries by God’s people. Judaism has, likewise, regarded that portion known to Christians as the Old Testament as having divine authority. Of course there is much more to Judeo-Christianity’s understanding of the nature of the Bible than this, but for the purposes of this article we will begin by assuming the truth of these simple statements.

Flowing from the doctrine of the inspiration and authority of God in the writing of Holy Scripture is the question of the historical transmission of those documents. In other words, can we trust the copying process? Confidence in the Bible depends to a large degree on our confidence that the documents scholars use for modern Bible translations are faithful to the original writings. As far as anyone knows, none of the original manuscripts of the Bible written by the actual authors are still in existence. This fact leads to the very legitimate question of whether what we read in the Bible is really what was written down by Moses or Isaiah or Paul.

Because of the lack of proven original material, scholars must therefore rely on a comparison and analysis of manuscript copies to reconstruct the contents of the original text of the Bible. Scholars trained in the discipline of manuscript study study the various ancient copies available in order to sift out the small percentage of variant texts and synthesize the original content of the source document penned by the original writer. Without going into detail, the cumulative effect of decades of this study has yielded a very high degree of confidence in the texts of both the Old and New Testaments.

The manuscript evidence for the Hebrew Scriptures is quite strong (as already mentioned, Christians refer to this body of material as the Old Testament). While it might seem obvious that most of the books of the Hebrew Scriptures were written in the Hebrew language, a few of the later portions are in a related language called Aramaic. This material of the Hebrew scriptures was probably composed sometime between 1400 and 400 BC by several dozen different authors, including Moses, Samuel, David, Solomon, Ezra, and others.

Until 1949, the best and earliest manuscripts for the Hebrew Scriptures were known as the Masoretic Texts. These documents were copies of a chain of earlier manuscripts (now lost) made by Eastern European Jews between AD 800 and 1000. These texts had been the main source for the material used by both Jews and Christians for the Hebrew portions of the Bible. From the Eighteenth Century Enlightenment until the mid Twentieth Century, many critics of the biblical text argued that the accuracy of these fairly late manuscripts is likely to be very poor because of the long time-span (at least 1,300 years) from originals through a series of copies to the Masoretic Texts.

However, in 1947, through what some would call the providence of God, the textual integrity of the Hebrew Scriptures was overwhelmingly confirmed by the discovery of the Dead Sea Scrolls. This large collection of miscellaneous scrolls, some of which date from as early as 200 BC, included very ancient copies of each of the book of Hebrew scripture, except for Esther. The scrolls were found carefully preserved in desert caves in the Qumran area of the Dead Sea. What scholars have discovered in studying these manuscripts is that, apart from a few very minor discrepancies, there had been virtually no change in the text of the Scripture in well over 1,000 years. Almost overnight, the argument that the manuscript evidence for the Hebrew Scriptures was doubtful suddenly became much less convincing.

In addition to the Hebrew manuscript copies, there is also an ancient Greek translation of the Hebrew Scriptures made around 200 BC known as the Septuagint. A study of this translation in comparison with the Hebrew text further confirms the it manuscript integrity. So, based upon the evidence of the meticulous care with which the Jews copied their scriptures, as well as the insight provided by the Septuagint, we can have confidence that the material of the Hebrew Scriptures has a high degree of accuracy.

When it comes to the New Testament portion of the Bible, the evidence is even better. The books of the New Testament were written in Koine Greek (a kind of trade Greek) between AD 45 and 100, with the very earliest still existing manuscript portions dating from just after AD 100.

For example, there is a fragment of chapter 18 of the Gospel of John, which dates from around AD 110. Since the Gospel of John was likely written around AD 95, that puts the time from original to the earliest known copy at about 25 years. An even earlier manuscript portion, known as the Chester Beatty Papyrus, dates from the years just after AD 100. Since Paul probably wrote this portion some time during the years 55-65, this puts the time lapse from original to copy at less than 50 years. These examples illustrate the amazingly high quality of New Testament manuscript evidence compared with other examples of ancient literature. All told, there are something like 5,000 early Greek manuscript portions of the New Testament in existence today. Add to this evidence the many ancient Latin, Syriac, Coptic, Ethiopic and Armenian translations from the early centuries of the Christian Church. Working with these manuscripts, scholars are able to do intensive comparisons of the available manuscripts in order to “weed out” any copying mistakes and synthesize the original text of the New Testament.

Beyond the manuscript evidence, there exist a very large library of writings leaders of the early Christian Church (before 500 AD) which quote so extensively from the New Testament that it can be virtually reconstructed from those writings alone. One expert estimated that only one half of one percent (.05 %) of the New Testament is in any doubt as to the original wording, and most of the uncertainty has to do with word order, rather than content. So, just as with the Hebrew Scriptures, the text of the New Testament is highly accurate.

All of this points to the conclusion that the Bible available to us is extremely reliable. It has lost very little, if anything, in its transmission from the original writings of its authors. While none of this by itself proves the Bible’s inspiration, it does lend credence to Judeo-Christianity’s ancient conviction that the Scriptures are the word of God, fully inspired and authoritative for the ages. 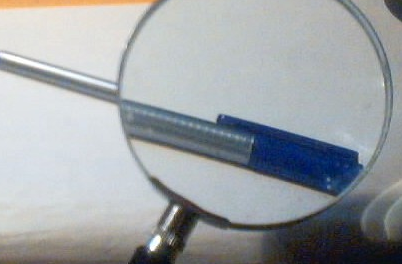 Evidence for the Truth of the Christian Message