In case you missed it, watch the previous video: The Ancient City of Jericho

Come along with Melinda and I for your guided historical tour of the Valley of Elah, as we experienced it in January of 2015 (video below). If you’re excited about the tour, be sure to invite your friends and family to join in on the journey! They can subscribe to our YouTube channel, follow along here on our blog, or catch us on Facebook, we’ll be posting there as well.

The Valley of Elah Video Tour (Text Summary of the Video)

Who could forget the old story of Jack and the Beanstalk? Remember “Fee Fie Fo Fum—I smell the blood of an Englishman!”? The story appears in its more modern form in the collection entitled English Fairy Tales published in the 1890s. But did you know that researchers believe that the basic story may have been told and retold in northern Europe for more than 5,000 years? Evil giants—where in the world would our ancestors have gotten that idea? Well, I did a little research myself and found that legends of evil giants are a part of the folklore in many parts of the world…

There are giant stories not only in Europe, but also in North and South America. India and other regions of Asia had stories of giants as well. Of course, the Middle East is famous for its giant stories. The account of David and Goliath in 1 Samuel 17 comes to mind immediately.

But were these giant beings real? Aren’t they just figures in fairy tales? Over the years, there has been a lot of debate about whether giants ever existed.

But did you know that small town newspaper articles in the United States all through the 1800s and into the early 1900s regularly reported on local people who came upon giant skeletons buried on their land. There are dozens of these accounts.  I myself vividly remember seeing a 9-foot skeleton on display in Virginia City, NV in the 1970s.  Whether it was authentic I couldn’t say—it looked real to me.  I have often wondered about it and I have since searched the Internet for any records of that skeleton.  But it has apparently vanished without a trace.

In the Old Testament section of the Bible, the accounts of evil giants are treated as authentic and very serious. Giants are first mentioned in Genesis under the name, Nephilim, which in Hebrew seems to mean “fallen ones”. They are described as the offspring of fallen angelic beings and human women. Really? Angelic beings and humans having children together? Many Bible scholars have wondered how that could be. But as in other passages, the Bible sometimes just assumes that its readers are familiar with what it is talking about and so it doesn’t spend much time explaining the details that would really clarify things for us thousands of years later. It may be worth noting that Greek mythology is chock-full of demigods. Achilles, Dionysius, Heracles, Orion, and Orpheus are all said to be the offspring of gods and humans.

Israel encountered and defeated giants in their entry into the Promised Land at the end of their 40 years of wilderness wanderings.  The giants that Israel met in the different places they conquered are called by various names: Anakim, Rephaim, Emim, Zamzumim. In the book of Joshua chapter 15, the Judean tribal leader Caleb (who was one of the twelve spies sent out by Israel 40 years before) claimed the city of Hebron as his heritage and drove out the giants who had made a stronghold there. Note that he drove them out—he didn’t kill them. So where did they go? The Bible doesn’t say—but it could very well be that they simply fled west away from the invading Israelites to the sanctuary of Philistine cities like Gath and Ekron.

We encounter giants again in 1 Samuel 17, when young David journeys from Bethlehem with provisions for his older brothers who are fighting in the army of Israel. He travels from his home in Bethlehem down the Valley of Elah to the Israelite camp. Israel was at war with the Philistines because the Philistines had been oppressing Israel for more than a generation. Now, possibly with the help of the giants, the Philistines were beginning to expand their territory east into the hill country of Judah.

So, this is the setting of the next stop on our virtual tour of Israel: the Valley of Elah. The Valley of Elah is a natural highway from the land of the Philistines on the Mediterranean coastal plain into the heart of Judah. King Saul and the army of Israel are encamped on the steep ridge to the north of the valley. The Philistine camp is arrayed on the lower southern ridge. For some time, neither side makes a move. They just watch each other, unsure what to do next. In the meantime, this nine-foot giant – Goliath of Gath – advances out into the valley every day to taunt and curse Israel, and to ridicule Israel’s God. You can read the entire story in 1 Samuel 17. Just to gives some perspective, the Bible gives some very specific details about Goliath. His height is said to have been six cubits and a span–just under 10 feet tall. Picture a man whose head is nearly 2 feet higher than the ceiling of your bedroom. His armor weighed over 120 pounds; the head of his spear was 15 pounds; combined with the shaft the total weight was 33 pounds – the weight of a double cinder block.

David, who was probably in his mid teens at the time, was sent by his father to bring provisions to his older brothers. When he arrived, he witnessed one of Goliath’s daily insult episodes, and he made up his mind to put a stop to them. I can barely pickup a block like that with one hand – imagine throwing something that heavy!

The short version is that, trusting God, David made his way down into the valley, picked up a few stones from the stream, and crossed it toward the giant. When Goliath advanced toward him, David simply used his sling to put a stone into the forehead of the giant, brought him down and beheaded him with his own sword. The Philistines broke and ran for home pursued by Israel, and the battle was won.

Come with us to the actual site of this epic battle and see it for yourself. 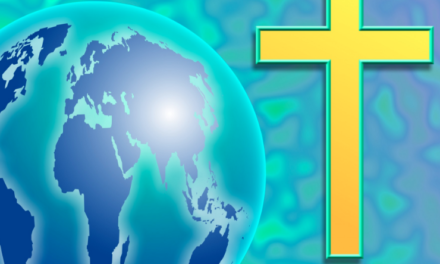 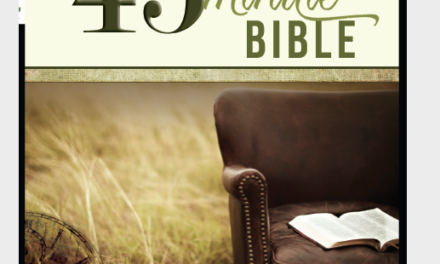 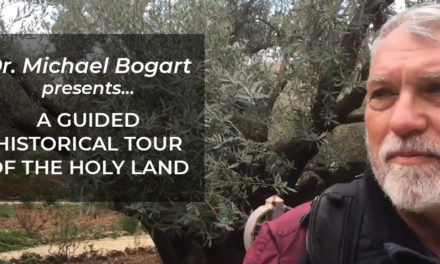