How to Bring Good News to 21st Century People, part 1 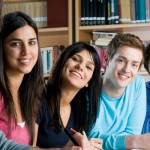 Its true: 21st Century people are different.  If you are over 40, you have certainly noticed that life in the 21st Century is very different in many ways from how you grew up. Somewhere in the 1990s our culture experienced a major shift. We now live in a world of computers, Internet, cell phones, 30-second sound bites, and social networking. We over 40s are not natives to this culture.

The under 40s, and especially the under 30s, are at home in this digital, and socially revolutionized world. I call these younger folks (and older folks who think like they do) 21st Century people. Some of these 21st Century people go to church, but, truth be told, not that many. Our youth groups are making an effort to reach some of them. A few of them are even solid members of gospel-centered churches, but again, not that many.

All of us are related to 21st Century people. We depend on them for many goods and services in our daily lives. We often don’t understand them. Sometimes we are afraid of them. We are puzzled by the fact that 21st Century people often don’t seem to respond to the gospel.  They seem to shrug off the good news that God loves them and sent Jesus his son to redeem them and make them new from the inside out. We wonder why they aren’t captivated by our neat gospel packages and stunned into silence by our expert handling of scriptural truth.

Why is this?  According the Barna Survey group, among young people who were raised in some kind of church, around 60% will walk away from active faith when they reach the age of 18. Some will return eventually after some life-experiences, like the military, marriage, or gaining some life experience. Many however, show no signs of coming back. Why not? Well first we need to understand a little bit about what makes 21st Century people tick.   21st Century people place a high value on:

21st Century people have listened to advertising and sales pitches all of their lives. They are naturally suspicious of claims that promise more than they can deliver.  They see celebrities living fake lives. They hear fake news. They have been hurt by broken promises and broken relationships. They are starved for reality that is wholesome and fulfilling.

21st Century people have been raised to believe that a bottom-line virtue is to accept others’ beliefs, lifestyle choices, and culture. They are concerned that people not be excluded or judged.  On the other hand, they are themselves often very intolerant of anything that seems to go against tolerance. And they are apparently blind to how inconsistent their viewpoint is.

Facebook, call-screening, texting, and Twitter are forms of communication that allow relationships within a tightly controlled circle. for 21st Century people, friends are often more involved in their lives than even close family members. This is especially true when so much of family life is dysfunctional in our times.

Its almost like 21st Century people can’t bring themselves to believe wholeheartedly in any kind of future or relationship that is positive. My view is that they are so used to being disappointed, so used to being promised things that never happen, that they are afraid to believe in anything good. So when Christians offer forgiveness and eternal life  they are skeptical.  When we say that they can have joy in the midst of strife, or fulfillment through faithfulness because God will never let them down, they just can’t bring themselves to believe it.

People have called me overly optimistic, and I may be.  If I am, its because I believe in a God who loves me and has never forsaken me and who has promised to fulfill his purpose in my life.  I also believe that God’s promises are for my blessing.  So grieve for those in our times who lack that kind of hope.

I consider myself one of those people who is a bridge between the two cultures. Like most of you who are my age and older, I was born and spent my childhood solidly in the 20th Century.  Right was right and wrong was wrong. The truth was, well, the truth.  But I have spent many years since those days trying to understand 21st Century people and communicate the gospel to them.

It wasn’t until I started teaching community college students in the early 1990s that I began to realize that we can’t reach many younger people with the gospel of Christ using 20th Century approaches and methods. They just don’t get a lot of it.  What we need to understand is that 21st Century people don’t particularly want to be 20th Century Christians.  But here’s the hopeful part: they can be reached with the gospel, which is eternal and trans-cultural. There’s a catch, though: the good news has to be given in a way that meets the needs of 21st Century people.  Its the same good news, just packaged for a different group in a different time.

Let me be clear about what I am driving at:

I will leave you right here because what I have to say on this subject is too long for one blog. I will pick up my discussion in the sequel to this most important subject for the future of American Christianity. 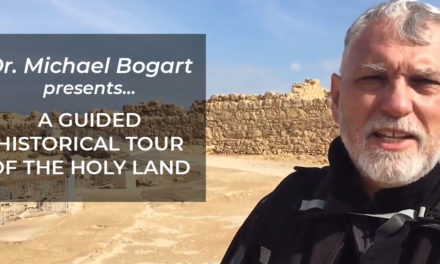