The term “cult” may be defined as an extremist and unorthodox religious group. Though various cultic groups have many differences among themselves, they share some common characteristics that Christians should be familiar with. Among those who lead these religious groups and those who follow their teachings, there is a common mentality and certain recurring features.

Many cults promote the false idea that God has revealed something special exclusively to them. This new truth supersedes all previous revelations. Cults claim that the Bible is inadequate or tainted and that they have essential information, which cannot be obtained anywhere else. The teachings of the cult itself are seen to be self-evident. That is, with a proper attitude and prayer, it will be obvious to sincere people that the teaching of the cult is correct.

Most cults have sacred writings or a source of authority that supersedes the Bible. This may be in the form of brand new revelation or a special key to proper interpretation of the Bible.

For example the LDS Church claims to trust the Bible, while in fact believing it has been changed and corrupted. Thus, the Bible is not really their final source of authority. Christian Science depicts the Bible as being corrupt and inferior to the writings of their founder, Mary Baker Eddy. The Unification Church believes the Bible to be incomplete without the Rev. Sung Myung Moon’s Divine Principle. Other groups claim the Bible to be their final authority when in actuality their authority is the Bible as interpreted by the cult leader.

One characteristic that is common in all cults is incorrect or distorted teaching about the person of Jesus Christ. In 2 Corinthians 11:4, the Apostle Paul warns about accepting “another Jesus” than the one revealed in the gospels. The “Jesus” of the cults is always something other than the eternal God who became flesh and died for our sins.

The Bible makes it clear that Jesus was God in human flesh, second person of the Trinity, who lived a sinless life on earth and died as a sacrifice for the sins of the world. Three days after His crucifixion, Jesus rose bodily from the dead. He now sits at the right hand of the Father, interceding on behalf of believers. Someday He will return bodily to planet earth to judge the living and the dead and set up His eternal Kingdom.

Rejection of the Trinity

The biblical doctrine of the Trinity, as one God in three Persons, is usually attacked as being pagan or even satanic in origin. The verses calling God “Father”, “Son” or “Holy Spirit” are explained away as just differing titles for one being. The clear unity of the Godhead as taught in scripture is interpreted as merely figurative.

The Jehovah’s Witnesses are a prime example, teaching: “…… this is another of Satan’s attempts to keep the God‑fearing person from learn­ing the truth of Jehovah and His Son Christ Jesus” (Let God Be True, Brooklyn: Watchtower Bible and Tract Society, 1946, pp. 93).

Cult doctrines are often in a continual state of flux. Official doctrine may be changed or contradicted by further revelation. The LDS Church once asserted that polygamy was an eternal ordinance, but later banned the practice. The Jehovah’s Witnesses once believed that vaccinations were sinful and anyone who allowed himself to receive them would lose his standing.

Cults often say one thing publicly but internally teach something very different. Many cult organizations call themselves Christians when in fact they deny the historic fundamentals of the faith. An important factor in gaining an audience among people who have some Christian background is to initially appear to be a Christian group. Then, under the guise of Christian faith, the doctrines of the cult may be taught to unsuspecting hearers.

For example, the official impression promoted by the LDS Church is that they are just another denomination of Christianity. Once an interest is aroused, Mormon teaching actually denies all of the major doctrines of the Christian faith and depicts all Christian groups as dangerous deceptions.

Many cultic groups openly attack historic, biblical Christianity, asserting that the Christian church has departed from the true faith. Christianity is accused of being corrupt, godless, deceived, and generally as lacking the ability to give spiritual truth. Whether Christianity went wrong in the second century or in more recent times, cults agree that the current Christian churches are a lost cause and dangerous to truth seekers.

For example, Joseph Smith, Jr., the founder of Mormonism, wrote:… the personage who addressed me said that all their (Christianity) creeds were an abomina­tion in His sight; that those professors were all corrupt; that “they draw near to Me with their lips, but their hearts are far from Me, they teach for doc­trines the commandments of men, having a form of godliness, but they deny the power thereof” (The Pearl of Great Price, 2:18‑19).

Cults are usually founded by people who consider themselves uniquely-called messengers of God. This allows the leader to dictate the teaching and practice within the group and exercise enormous influence. Such strong leadership puts the followers into a position of total dependence and unquestioning belief. To question or challenge in any way, often results in immediate and drastic retaliation and efforts to either cause the person to conform or be excommunicated.

Many cult leaders have made specific predictions concerning future events, supposedly revealed to them by God. These predictions rarely, if ever, come to pass, exposing the “prophet” as a deceiver and the prophecy as false.

For example, the Jehovah’s Witnesses have a record of false prophecies.

Charles T. Russell made these predictions:

*The Watchtower Society in later editions made changes in what Russell stated here in an attempt to cover up his erroneous predictions.

The gospel of God’s grace is not found anywhere outside of historic, biblical Christianity. Whatever cults may say about faith in Christ, the main means of salvation is always through some set of rules, rituals or other human efforts to achieve acceptance with God.

The surest mark of a cult is what it does with the person of Jesus Christ. All cults ultimately deny the fact that Jesus Christ is God the Son, second Person of the Holy Trinity, truly human, yet without sin, physically risen from death, and our only hope for complete forgiveness and eternal life. 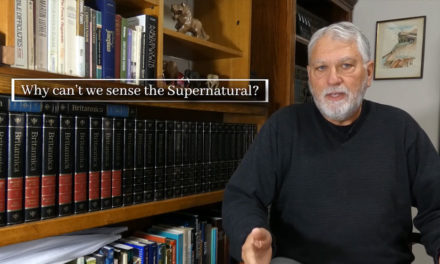 Does the Supernatural Exist?