Our first full year under JARON ministries has turned into a very busy one.  Having just returned from a trip to Haiti in May, I (Mike) set out again as part of a team who traveled to the Democratic Republic of Congo to do ministry.  Here are some highlights of that project:

Even though I was part of a five-person JARON team in Congo, I have decided that three weeks away from family is too long. It was, however, a phenomenal time. I was privileged to teach Old Testament Survey for two weeks (30 hours total) at the Missiological University Center in the Binza District of Kinshasa. There were consistently between 22 and 26 students in class. Most of these students were taking the course for credit through the Center, with me acting as guest professor.

Words tend to fail in describing the depth of discussion and personal connection with these future leaders of the Congolese evangelical churches. Rarely have I ever had this type of experience in the classroom. Their response was due, in part, to their gratitude that someone would come to their country to help them during such an uncertain time. Congo has lost many millions of people during the past decade, four million of which have been killed over the past 5 years. Congo is a broken country that is ready for change.

The two Sundays I was in Congo, I preached in two radically different settings:

On June 15, I was honored to preach at the Protestant Chapel at the University of Kinshasa to over 1200 people in two services on “Pre-requisites for Christian Leadership”. It is no exaggeration to say that many of Congo’s future leaders were present on this occasion.

The next week, June 22, I was invited to speak at a recently established rural church of around 70 people, about half of which are children. The setting is a three-sided building, partly of corrugated metal and partly of palm branches, among houses and huts. The topic was “The Relationship of Prayer” from Matthew 6. Honourine is a student from the Missiological Center that has begun this work in an unchurched area. Again, this was an honor to be able to assist her in this work on that memorable day.

An interview at a large Christian radio station for a program that had several hundred thousand listeners.

Presenting an analysis of Islam and how it differs radically from biblical Christianity on two consecutive weeknights in a leaders training course (60 students present) of one of the larger indigenous churches.

I also preached for fifteen minutes as part of a multi-denominational pastors gathering at the impressive and beautiful Protestant Cathedral on June 11.

During the week, the JARON group had the unexpected opportunity to act as unofficial diplomats from the evangelical churches of the US, meeting with:

Protestant Bishop Marini Bodho, who has been appointed President of the interim Senate being formed by President Kabila;

His Excellency, Theodore Mugalu, Minister of Civil Affairs (a cabinet level position in the interim government). We met with him twice (a couple of hours each time—unheard of). The second time we were his guests for dinner.

The Director of Health for Kishasa District, Dr. Miakala. These were truly high points.

1) Food: fufu (like corn-flavored playdough), fish with heads on, and fried grub worms.

2) Getting mugged by a Congolese soldier “Mon ami. Je fam.” (Hey friend, I’m hungry—) I gave him 150 Congolese Francs (less than a dollar).

3) A dugout canoe ride on a tributary of the Congo River.

4) The similarity between Haiti and Congo (use of French in education, familiar looking faces, and some cultural similarities. I have since learned that many of the slaves transported to Haiti in the 16th and 17th Centuries by the French came from the Congo River area.

5) Driving down a major street and pulling over as a motorcade passed by a high speed, guarded by police on fast motorcycles. It was President Kabila (wow two presidential motorcades in two trips—In my trip to Haiti, the same thing happened with President Aristide!)

6) Sleeping under a mosquito net and taking anti-malarial pills.

7) The flight attendants on South African Airways fumigating the cabin as we taxied for takeoff to Johannesburg, South Africa on June 24.

In the Democratic Republic of Congo, it is crystal clear that the evangelical church is the key to lasting change and social betterment. While governments and social agencies have often been inefficient or corrupt, certain groups of churches have maintained a high level of integrity. If we can equip the leaders of these churches, we can help rebuild these countries. In other words, if change is to take place in these places, it must happen through the churches and their leaders. This is at the core of what we do through JARON.

Thank you from the bottom of our hearts for sending us on Christ’s behalf. Your faithful prayers and giving are an ongoing investment in the Kingdom of God, which will pay eternal dividends. 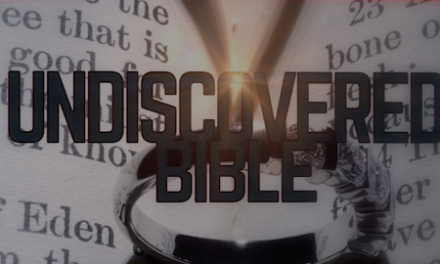