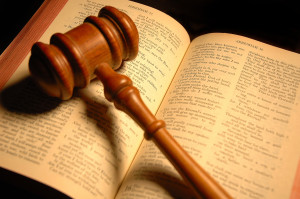 Lots of people have dismissed the Bible as merely an ancient set of writings that may contain some noble ideas, but that cannot be considered inspired by God in any special way.  This type of statement has been made so confidently and so often that many people have come to believe it without ever studying the issue or reading the book itself.  Yet, the Bible does make certain claims to be specially inspired by God.  Let’s examine the evidence supporting these claims.

A couple of examples from the Old Testament will serve to illustrate the rest.  Referring to the Law of Moses (Genesis through Deuteronomy), Psalm 19:7-11 consistently calls it God’s word, rather than the words of Moses.  Likewise, Jeremiah 1:1-2 claims that this book is the result of the word of the Lord coming to the man Jeremiah.  This sort of claim is typical of the prophetic writings and is found throughout both major and minor prophets.

Moving to the New Testament, 2 Timothy 3:15-17 tells us that all scripture is inspired by God (literally “God-breathed”).  In 2 Peter 1:19-21 we read that the inspired words of the Hebrew prophets have been confirmed (made more certain) in the New Testament.  This passage goes on to say that scripture did not originate in the mind of any man, but originated with God who moved men to speak his words.

Perhaps the greatest internal evidence of the inspired nature of the Bible comes from Jesus Christ himself in Matthew 5:18.  In this passage, Jesus solemnly affirms not only the general inspiration of the Bible’s message (specifically the Old Testament) but also the particular words, letters, and even the smallest pen strokes that distinguish letter from letter.  In other words, Jesus teaches that the scriptures are inspired and unfailing in their divine purpose.

In addition to its own internal claims, consider some of the following facts (external evidence), which tend to support the Bible’s reliability and inspiration:

Yet, despite these significant obstacles to its cohesion, the Bible flows remarkably well, retaining amazing unity of purpose, progression of ideas and continuity of theme.

The Fulfilled Prophecy Argument. Daniel 9:25-26 provides one example (among many) of fulfilled prophecy in the Bible:

Prediction: Daniel 9:25-26 (written before 500 BC) predicts that Israel’s Messiah will appear 483 years (62 “sevens” of years) after the issuing of a decree to rebuild Jerusalem.  It further predicts that the Messiah will be “cut off” and then Jerusalem and its temple will be destroyed.

Fulfillment: The decree allowing Jerusalem’s rebuilding was issued by King Artaxerxes of Persia in 458 B.C.  A calculation of the 62 “sevens” of years falls exactly at the beginning of Jesus’ ministry (25-26 AD).  His crucifixion three years later and the destruction of Jerusalem in 70 A.D. completed the fulfillment.

The Resonance with Human Experience Argument.

The Indestructibility Argument.  Over the course of time, the Bible has had an amazing ability to survive intact.  For example:

Though the inspiration of the Bible cannot be proved beyond doubt to everyone, these facts represent a large body of evidence that can be marshaled to demonstrate that the Bible is actually what it claims to be: God’s inspired word through the prophets and apostles.   Such a book deserves our study, our respect and careful consideration.